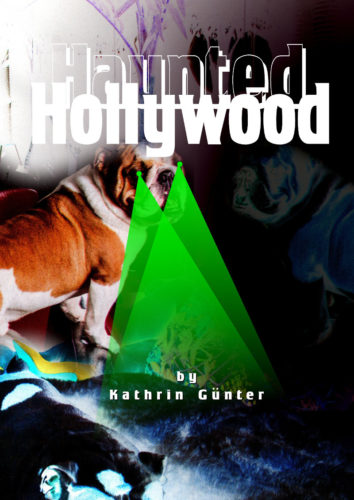 Haunted Hollywood ­ Photographic Evidence of Voodoo Magic and Spirit Doppelganger in the City of Glamour and Glory‘ sets a seal upon the evidence of paranormal activity presented in the author’s early work The Go­-Between.

In that first work was recorded the exhaustive investigation which Kathrin Günter had made from 2006 to 2013, together with the evidence collected by the Secret Sources Society ­ mostly gossip and scandal seeking persons ­ who had undergone mysterious and inexplicable experiences in Hollywood: Celebrity Doppelganger!

In this book now these testimonies are set forth, while events and photographs since 2006 are reported in full. The history of a haunted Hollywood is retold from its beginning so that the reader has a complete record of an amazing and mysterious example of haunting; better authenticated and more thoroughly documented than any other in the annals of celebrity research.

This book shows the result of 11 years‘ determined study and investigation and although there has been an almost complete defamation of these phenomena, it may well be that the last awesome manifestation has not yet been witnessed in Hollywood ­ The City of Glamour and Glory.