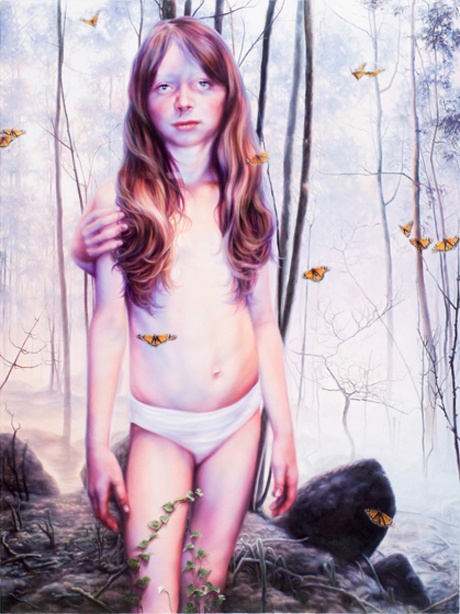 In collaboration with a composer, a writer and a video-maker Janssen creates a synergistic Gesamtkunstwerk inspired by Ivy; a twelve year old girl that lives partly detached from civilization together with her mother. In a small red mobile home she coexists with her animals and nature on the fringe of Dutch urbanity. The stories this girl told Janssen inspired her to create an installation piece focusing on Ivy’s way of shifting personalities between civilization and her own private universe.

Janssen uses Ivy as the starting point for an exploration of childlike wonderment and the consequences of becoming an adult. She regrets the loss of the magical thought and of the possibility of losing oneself in an unknown sensation which seems to dwindle with age. Together with composer Anthony Fiumara, writer/theater producer Marjolijn van Heemstra and artist/video maker Anneke Savert she tries to create an environment that resparks this sense of wonder. The experience is constructed out of paintings, an electronic sound-installation by Fiumara, a story by van Heemstra and a short movie by Savert and Janssen.

Janssen’s remarkable technique is very well suited for the depiction of the intensity of a childlike experience. In a style that holds the midway between magical- and photo-realism she shows a world viewed completely uninhibited. For The Shapeshifter she focuses on the continuous questing and loss of innocence that accompany the process of growing older. In this effort her visual language switches between the microcosms of meticulously painted marvels of nature seen from a child’s perspective to the violent inner turmoils of an adolescent girl. This interplay between micro- and macro- levels of experience seems to be a set value for her work. She repeatedly represents the larger issues of life from a modest perspective while the more private, inner struggles are connected to grand forces of nature and superhuman displays of emotion. 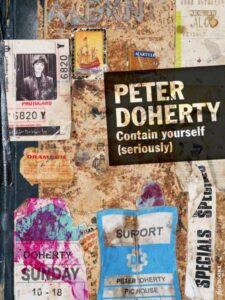